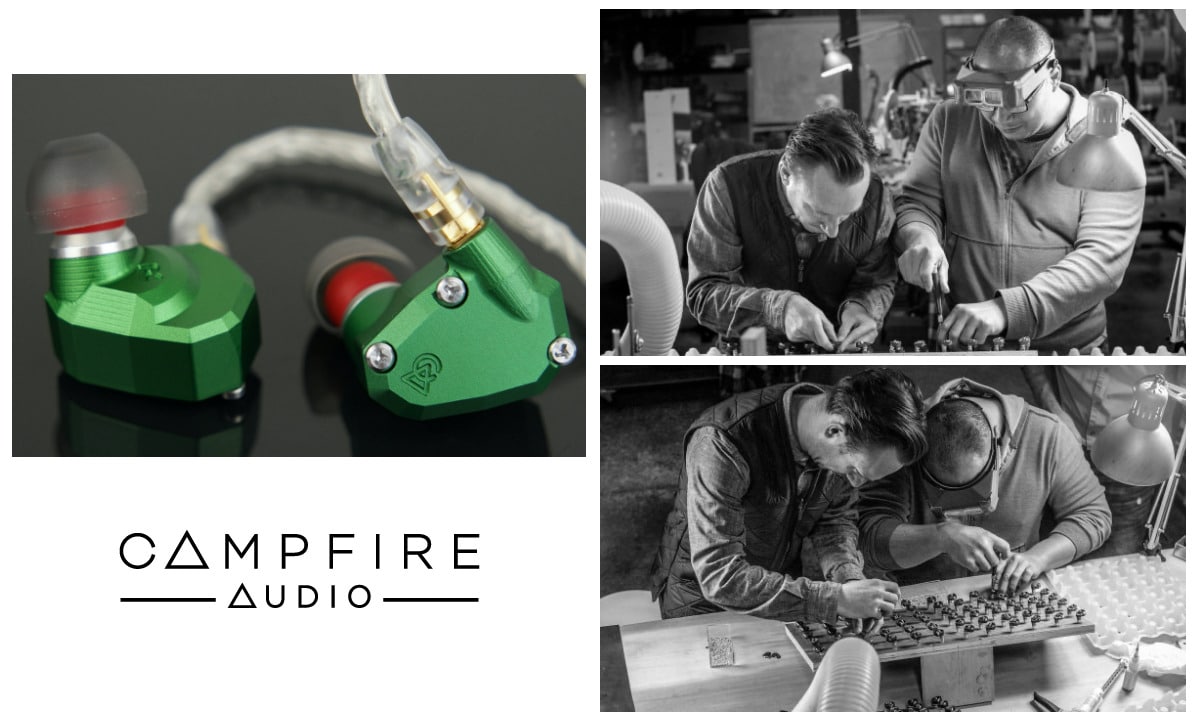 Ken Ball, founder of Campfire Audio, started his career in audio with his company that manufactured cables by hand: Audio Line Out. Campfire Audio started roughly in the same way. At the end of 2015 the first prototypes were finalized and the Andromeda in ear monitor was introduced end of 2016. From this point on many of the technologies Campfire Audio developed were boundary breaking.

The Beryllium PVD driver is used in many Camfire Audio headphones and IEM’s. Within the in-ear monitor together with the 3D printed Tuned Accoustic Expansion Chamber™ (T.A.E.C.), it completes the IEM and replaces a traditional  tube + damper system. This leads to less compression in the highs and reveals an in-depth feeling of openness. Furthermore Campfire uses an AudioPolarity Tuned Chamber in the driver shell around the driver to optimise its performance.

Also in driver technology Campfire Audio has developed a new technique A.D.L.C. (Amorphous Diamond-Like Carbon Diaphragm Dynamic Driver. It is a non-crystalline diamond. It is a material that has low density and high rigidity, important factors when considering diaphragm materials. A.D.L.C. was first introduced in the Campfire Audio Atlas.

Ken started Audio Line Out by hand-building some of the finest portable cables in the world. His efforts grew that company from his basement into ALO audio; of the most well-regarded names in personal audio. A long line of successful amplifiers and cables spread and cemented that reputation, which remains firmly in place today.

Campfire Audio began much in the same way as ALO audio. Experimenting with materials and techniques to create something special for the people who care most about it. And with the same determination the early prototype earphones eventually got great.