The HiFiMAN HE-1000 was released for the first time in the summer of 2015 and immediately topped the charts of many hi-fi and head-fi magazines around the world. Rarely has a product received such unanimous international reviews. In 2016 this model received a V2 version and now HiFiMAN added Stealth magnets, like many other models that were recently revamped, such as the Ananda, Arya and more. Listening to the new HE-1000 V2 Stealth it immediately is clear that the sound profile has become much more natural, with a tight bass and spacious imaging. The addition of Stealth magnets leads to less edge refraction of the planar. Give this headphone plenty of power and it is capable of reproducing even the lowest bass and the finest treble with utmost precision.

Much more has improved with the latest design of this headphone, but the basic award-winning design has remained. The angled earpads now have a polyester surface for long listening sessions without sweating and the slight angle in the ear pads allow for an improved localisation and imaging in the front. Furthermore the complete housing is now made from aluminium instead of a combination of anodised steel and aluminum int the previous model.

The planar has remained the same, which has a thickness in the nanometre range and use the patented “window shade grill” for the protection of the driver. This membrane is actually so thin that if you would view it from the side it is almost invisible. t is framed by an asymmetrical magnet system with relatively large magnets on the side facing away from the ear and smaller ones on the side of the headphones facing towards the ear. This trick reduces interference in the reproduction and allows for an extremely fast response due to reduced “air congestion” between the diaphragm and the magnets. 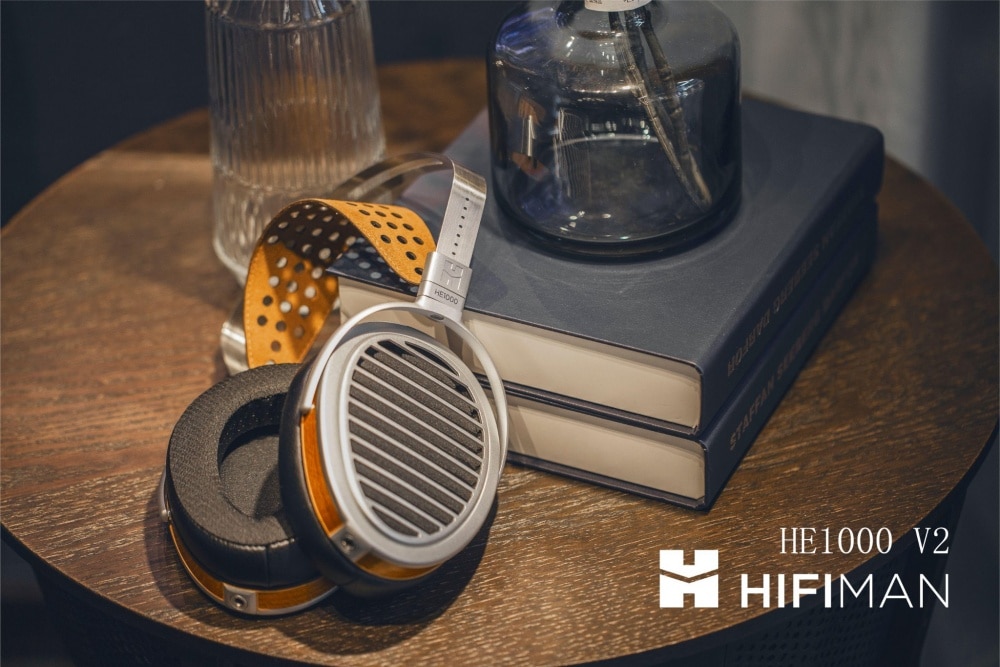