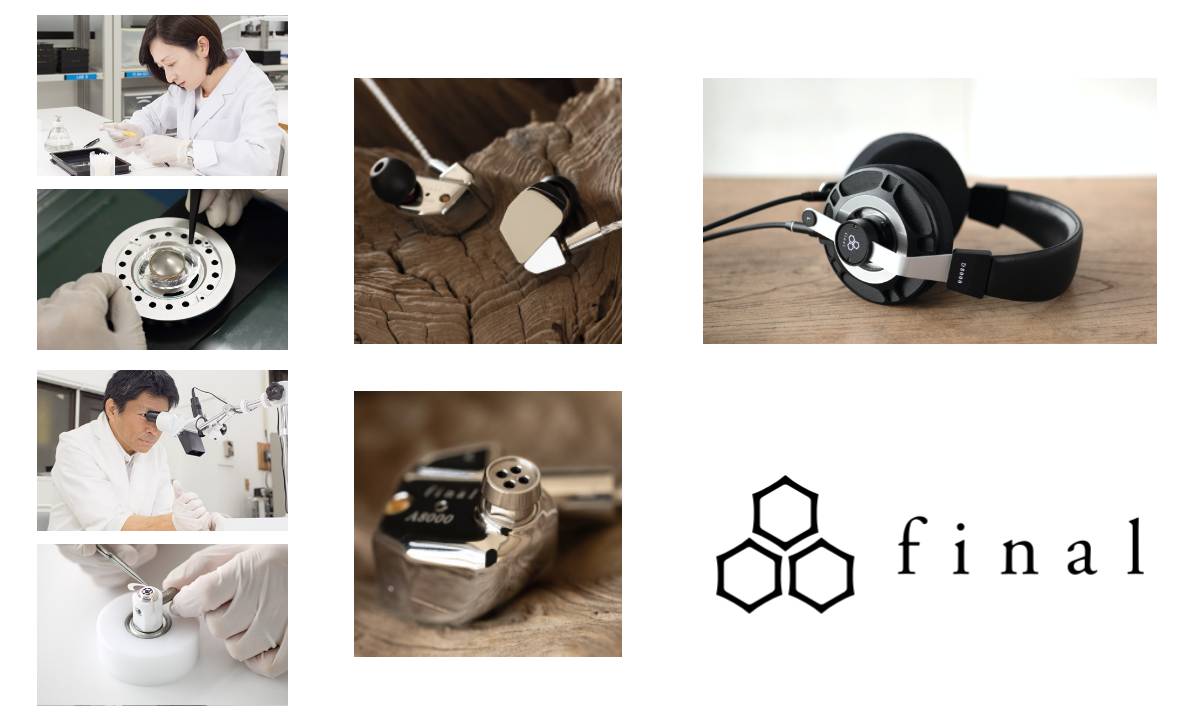 Final Audio was established in 1974 by the late Kanemori Takai. The first real product it released was a phono cartridge designed by Yoshihisa Mori. It had a groundbreaking figure eight air-core coil with a cantilever cut from a one-carat diamond; there was no influence from adhesive or an iron core, and it produced extremely clear sound and was regarded highly.

In 2009 Final designed and developed their first headphone completely in house. From driver development to final assembly, everything is done by Final, which is nearly unique. Final Audio continues to push the boundaries and create beautiful headphones and IEM’s at various price levels. The whole process is created by Final Audio, so they have complete control. From the starting E-series for a friendly budget, all the way up to the D-series, with the astonishing D8000 reference headphone.

Since beginning sales of Final earphones in 2009, their way of thinking regarding good sound quality and designs that differ to those of other major electronics manufacturers has garnered attention, and they have built their own unique place both in Japan and abroad.

Products such as earphones and headphones belong to a category known as current electrical appliances whose value is the greatest when they are brand new. Final, however, would like to create earphones and headphones that people have an affinity for and continue to use in much the same way they have with a mechanical wristwatch, the kind that will be valued as an antique in the future. To that end, it is necessary to embody the design of the product and the way in which it is considered.

Final’s concept is simple and has not changed since the company’s inception.
“the comprehensive pursuit of things that are fundamentally right”. In their pursuit of this, they have actively adopted cutting edge technology such as 3D printers.