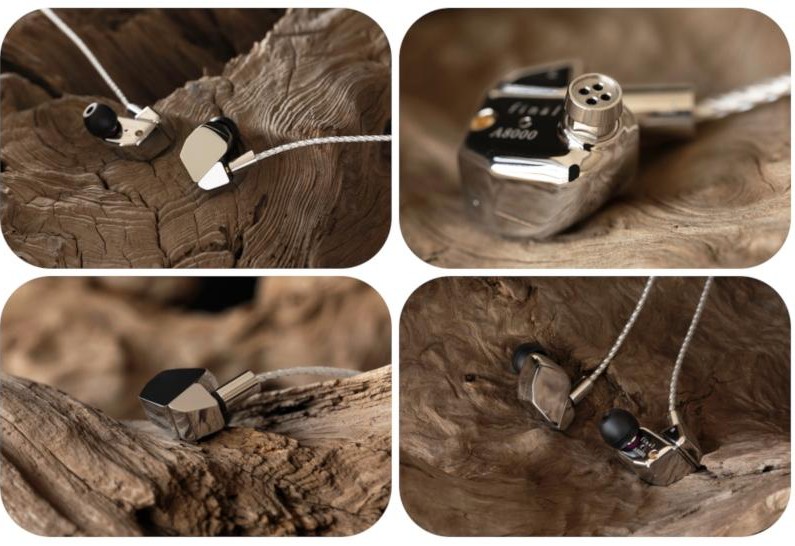 The flagship IEM from Final Audio, the Final A8000, is a single dynamic driver. Merging tried and tested knowledge and technologies, the A8000 benefits from Final’s subjective stance of creating the best possible audio. Armed with a special single dynamic driver, using a diaphragm made from ultra-thin Beryllium foil, inserted in a precision-machined stainless steel chassis.

The adoption of pure Beryllium leads to improved time response that greatly creates timing, while the sharpness of sound build-up and the lingering resonance of the sound can clearly be felt.

Headfonia published a comprehensive review of this IEM jewel. They also compare it to various competitors in the same price range. The review highlights all the capabilities of the Final A8000, in particular the sense of space and mindful mapping of the music:

“Another trick up the A8000’s sleeve is the sense of space that it provides. It doesn’t have a wide soundstage in the traditional sense, but the A8000 manages to immerse you with a sense of depth plus an uncanny ability to let you able to visualise yourself within an entirely realistic concert hall”

The conclusion of the 5-star review on the Final Audio A8000 IEM of Headfonia’s is what a manufacturer hopes for when creating a reference flagship IEM:

“The Final A8000 has all the trimmings of everything that you’d expect when stepping-into ‘flagship’ territory: exotic looks and craftsmanship, thoughtful packaging and accessories, and a sound signature that arrests the listener and leaps-out with a sense of excitement and shimmer. Lovers of detail, clarity, and speed will find the A8000 absolutely intoxicating”

You can read the full review of the Final A8000 on the Headfonia website.

Another elaborate review of the Final A8000, this time by the Headfonics website. The A8000 is compared to other competitors such as Earsonics, Dunu, but also Final’s own B1.

“The A8000 has excellent clarity, works well with different genres of music and sounds very upbeat and uncolored. While boosting treble performance to the max extent it doesn’t compromise musicality. The vocal performance and the low-end are engaging with good weight.”

Their verdict of 8.7 makes this flagship IEM proud:

“The A8000 has excellent clarity, works well with different genres of music and sounds very upbeat and uncolored. While boosting treble performance to the max extent it doesn’t compromise musicality. The vocal performance and the low-end are engaging with good weight”