You may know that Rockna not just manufactures technology for their own products, but do a lot of work for many great Hi-Fi companies in the world. Rockna Wavelight is one of the components that holds much proprietary technology from this Romanian company. Not just a D/A converter, but also a pre-amp, as the Wavelight has a fully analog, not digital volume control on board. Wavelight DAC employs the latest Xilinx 7-series FPGA which allows us to assemble the functions of a custom high performance R2R processor. The Wavelight’s digital processing capabilities are built with complex VHDL coding and state of the art FPGA hardware. The architecture is described, in fact, by a piece of software and future-proof as it is software upgradable. 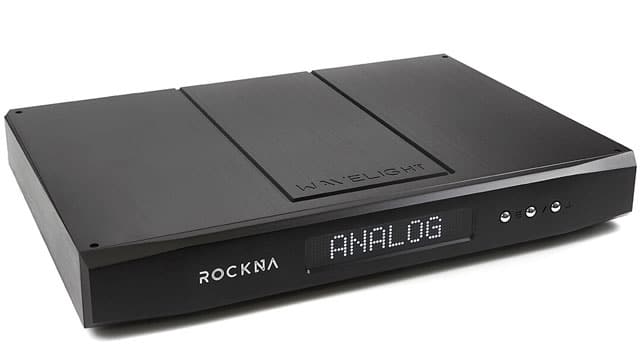 Terry London from Stereo Times putst the Wavelight from Rockna to the test with various great jazz. He loves the spatial qualities and his interest in how equipment renders the tonality and colors of instruments and voices are fulfilled by the Rockna. He turns to music from Paul Desmond , where Mosaic Records recently released a huge 7-disc box of never released music from this great alt-sax player. Read the full review on the Stereo Times website, we added his conclusive thoughts already in this article.

“With the information that I shared in the review regarding the performance of the Rockna Wavelight Pre/DAC: its reference level spatial qualities, a full, rich tonality with a hint of tube warmth, and excellent transient speed and macro-dynamics. The conclusion is that it is one of the best DACs at its price point compared to other top-notch DACs on the market”